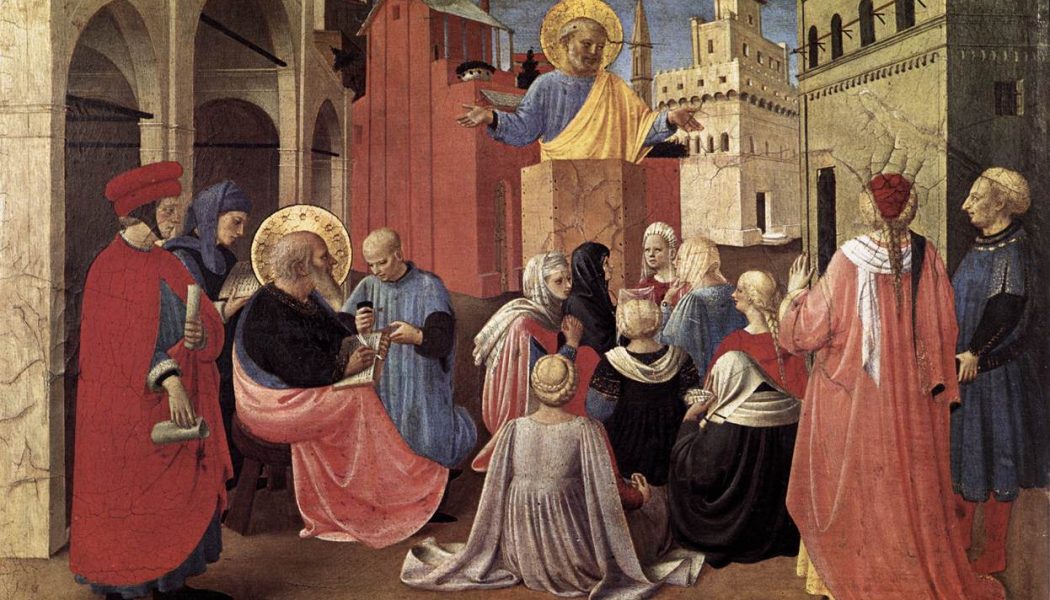 The first readings at daily Mass this week recount the Council of Jerusalem, which scholars generally date to around 50 A.D. It was a pivotal moment in the history of the Church, because it would set forth an identity for Her that was independent of the culture of Judaism per se and would open wide the door of inculturation to the Gentiles. This surely had a significant effect on evangelization in the early Church.

Catholic ecclesiology is evident in this first council in that we have a very Catholic model of how a matter of significant pastoral practice and doctrine is properly dealt with. What we see here is the same model that the Catholic Church has continued to use right up to the present day. In this and all subsequent ecumenical councils, there is a gathering of the bishops, presided over by the Pope, that considers and may even debate a matter. In the event that consensus cannot be reached, the Pope resolves the debate. Once a decision is reached, it is considered binding and a letter is issued to the whole Church.

All of these elements are seen in this first council of the Church in Jerusalem, although in seminal form. Let’s consider this council, beginning with some background.

Peter arises to settle the matter because, it would seem, the Apostles themselves were divided. Had not Peter received this charge from the Lord? The Lord had prophesied, Simon, Simon, behold, Satan has demanded to sift you all like wheat but I have prayed for you Peter, that your faith may not fail; and you, when once you have turned again, strengthen your brothers (Luke 22:31-32). Peter now fulfills this text, as he will again in the future and as will every Pope after him. Peter clearly dismisses any notion that the Gentiles should be made to take up the whole burden of Jewish customs. Paul and Barnabas rise to support this. Then James (who it seems may have felt otherwise) rises to assent to the decision and asks that a letter be sent forth to all the Churches explaining the decision. He also asks for and obtains a few concessions.

So there it is, the first council of the Church. That council, like all the Church-wide councils that would follow, was a gathering of the bishops in the presence of Peter, who worked to unite them. At a council a decision is made and a decree binding on the whole Church is sent out—very Catholic, actually. We have kept this biblical model ever since that first council. Our Protestant brethren have departed from it because they have no pope to settle things when there is disagreement. They have split into tens of thousands of denominations and factions. When no one is pope, everyone is pope.

A final thought: Notice how the decree to the Churches is worded: It is the decision of the Holy Spirit and of us (Acts 15:28). In the end, we trust the Holy Spirit to guide the Church in matters of faith and morals. We trust that decrees and doctrines that issue forth from councils of the bishops with the Pope are inspired by and authored by the Holy Spirit Himself. There it is right in Scripture, the affirmation that when the Church speaks solemnly in this way, it is not just the bishops and the Pope speaking as men, it is the Holy Spirit speaking with them.

The Church—Catholic from the start!