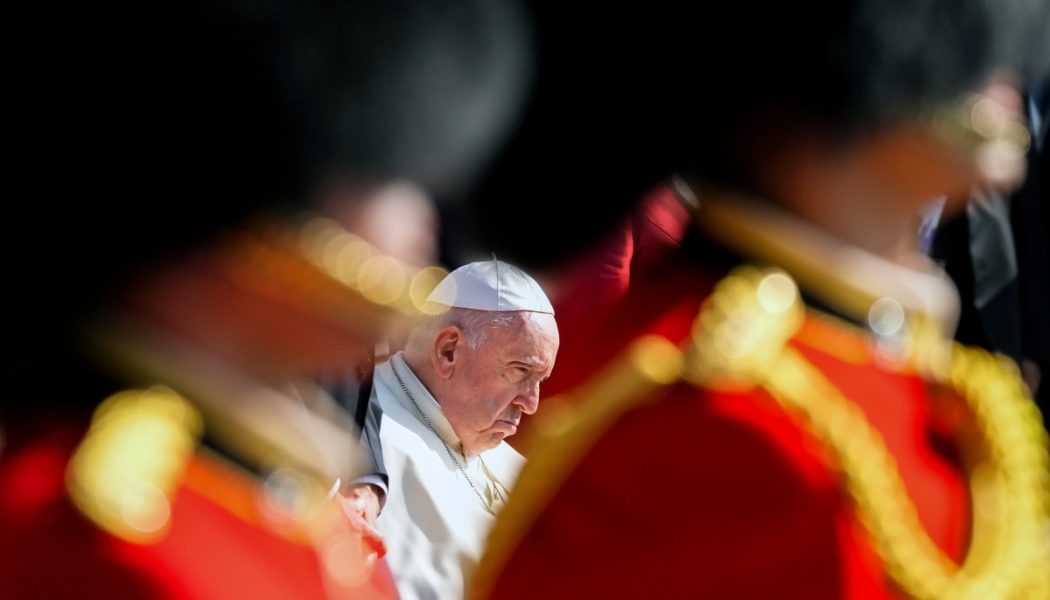 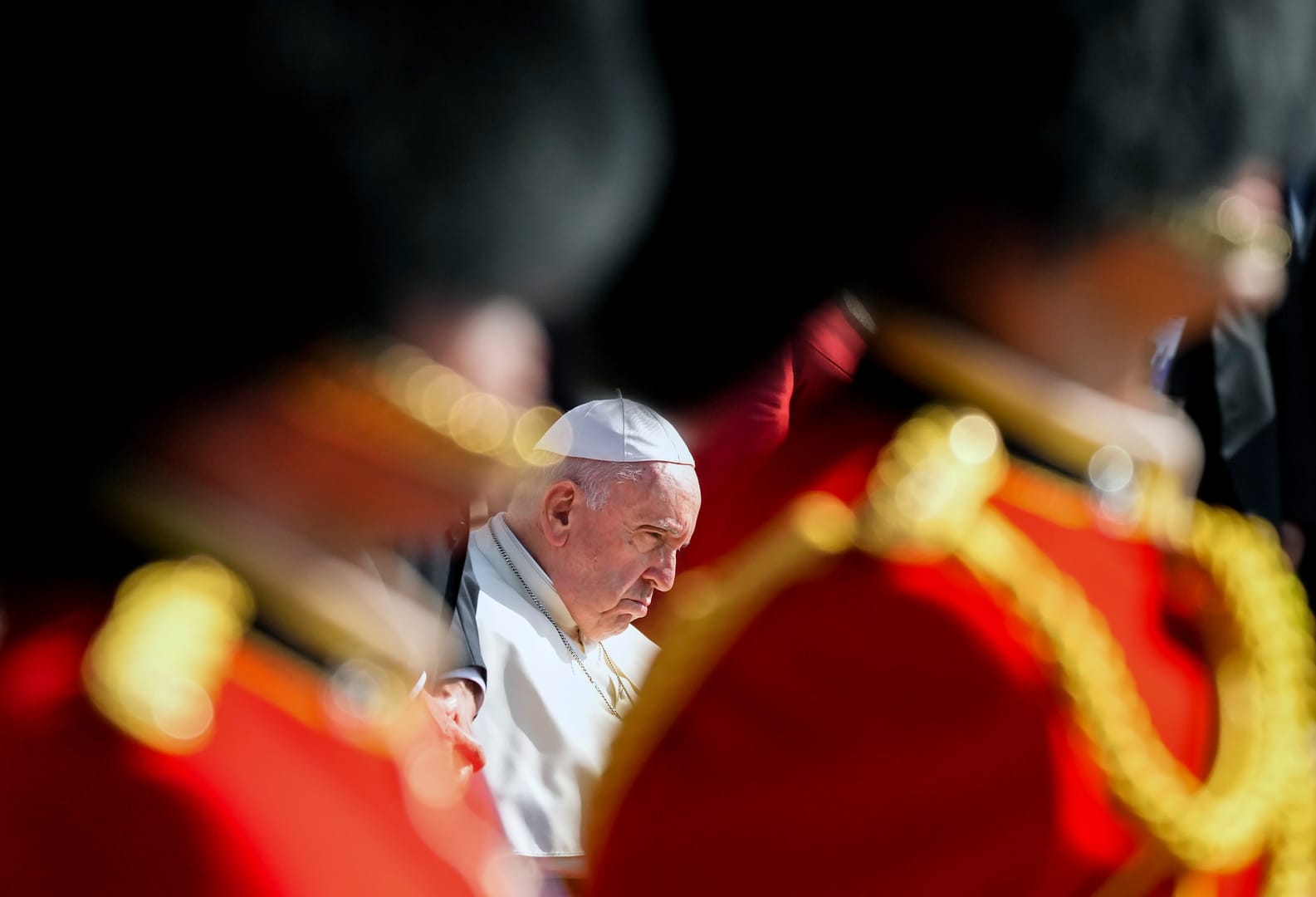 ROME – Every papal trip is unique, but some are more alike than others. As Pope Francis moves through a five-day outing to Canada this week, interesting parallels have emerged to another historic voyage: Pope John Paul II’s March 2000 trip to the Holy Land, the highlight of which was the Polish pontiff leaving behind a note of apology in Jerusalem’s Western Wall for centuries of anti-Semitism.

Then as now, it was important not only that a pope apologize, but that he do it in a specific place – the remains of the Jerusalem temple for John Paul, and the site of a former residential school in Canada for Francis.

Then as now, the outing amounted to an intersection between a special historical moment and a pontiff whose own biography and vision seemed to perfectly prepare him to rise to the occasion.

John Paul had grown up around a Jewish community in Wadowice, Poland, and he’d witnessed the horrors of the Holocaust firsthand. Francis, history’s first pope from the developing world, has been marked by struggles for the defense and empowerment of Indigenous peoples, especially in the Amazon region of his native Latin America.

Then as now, too, immediate reaction pivoted on one intensely controversial point: Has the pope gone far enough?

In 2000, while many Jewish leaders welcomed John Paul’s gesture, others complained that the apology didn’t go far enough – among other things, that the text of John Paul’s note didn’t specifically mention the complicity of the Catholic Church in fostering anti-Semitism.

This time, too, some Indigenous leaders have objected that Francis’s apologies are coming too late, that they seem a response to a public relations crisis rather than genuine contrition.

“Someone had to go to Rome to go and practically beg this guy to come here and apologize, why couldn’t he have done it on his own from here?” said Joe Daniels, a survivor of abuse at a church-run residential school, gesturing to his heart in an interview with CNN.

There’s even been criticism of the symbolic register of the trip, including the pontiff donning a native headdress. It had been presented by one of the Indigenous elders with whom Francis met Monday, but other Indigenous persons complained that putting it on amounted to an exploitative photo-op when, in native culture, a headdress is supposed to represent acts of bravery or other service to the community.

In evaluating the question of whether Francis’s mea culpas in Canada have been enough, three bits of context seem especially important.

First, Canada’s Indigenous population of roughly 1.7 million is divided among First Nations, Inuit, and Métis peoples, and within the First Nations alone there are 630 communities representing more than 50 nations and 50 languages. They don’t all speak with one voice, especially on something so harrowing as the experience of what the Canadian government has termed a “cultural genocide.”

Outlooks on the pope’s apology and its significance probably will be as varied as the Indigenous themselves, and it will take some time to sort out exactly how people feel about what’s happened this week.

Second, apologies by themselves, however heartfelt and sincere, are never enough. Pope Francis would be the first to acknowledge the point, since it’s Catholic Theology 101 – to be forgiven, it’s not enough to confess. One also has to demonstrate what’s traditionally called a “firm purpose of amendment,” meaning a willingness to change one’s ways.

Specifically, Indigenous peoples will be looking to see whether the Catholic Church in the wake of the papal visit follows through on their two key demands, having to do with opening up ecclesiastical archives to establish the truth of what happened to Indigenous children placed in church-run schools, and also financial reparations to do justice to survivors, their families and communities.

Both demands will be complicated to satisfy.

In terms of historical documentation, a core problem is that there is no central database, either in Canada or Rome, about the church-run residential schools. Some records have been lost or destroyed, others are scattered and unindexed and will take time to identify.

As far as compensation goes, the Catholic Church in Canada has pledged to raise $30 million for a fund to pay for projects in Indigenous communities, relying on individual dioceses to generate the funds. So far, however, those efforts have brought only limited results, and the pope doesn’t have a secret bag of cash he can deploy to make up the balance – right now, famously, the Vatican’s got its own financial problems.

Despite the headaches, Indigenous leaders at least want a sign of a serious commitment from the church to do its best.

Third, it’s worth remembering that to this day, John Paul II’s record on Jews and Judaism remains controversial. Some Jews, for example, have never forgotten the placing of a large cross at a convent near the site of the Nazi death camp in Auschwitz, while others continue to believe that a 1998 reflection on the Holocaust issued under John Paul, titled “We Remember,” was at best a mixed bag.

Yet when John Paul died in 2005, Jewish leaders around the world praised his efforts at reconciliation, saying what however imperfect his legacy may have been, it marked an historic sea change in Jewish-Catholic relations.

“With the passing of Pope John Paul II, we have lost the strongest advocate for reconciliation for the Jewish people in the history of the Vatican,” said Rabbi Marvin Hier of the Los Angeles-based Simon Wiesenthal Center.

Though it’s too early to be sure, it’s a good bet Indigenous leaders around the world will say something similar about Pope Francis when the time comes, considering not merely his “pilgrimage of penance” in Canada this week but also his Synod for the Amazon and many other aspects of his record.

In other words, maybe the goal here isn’t universal satisfaction, which is probably unattainable anyway. Maybe it’s simply to remind Indigenous people that they’ve got a friend in Rome, and trust in providence to sort out the rest.