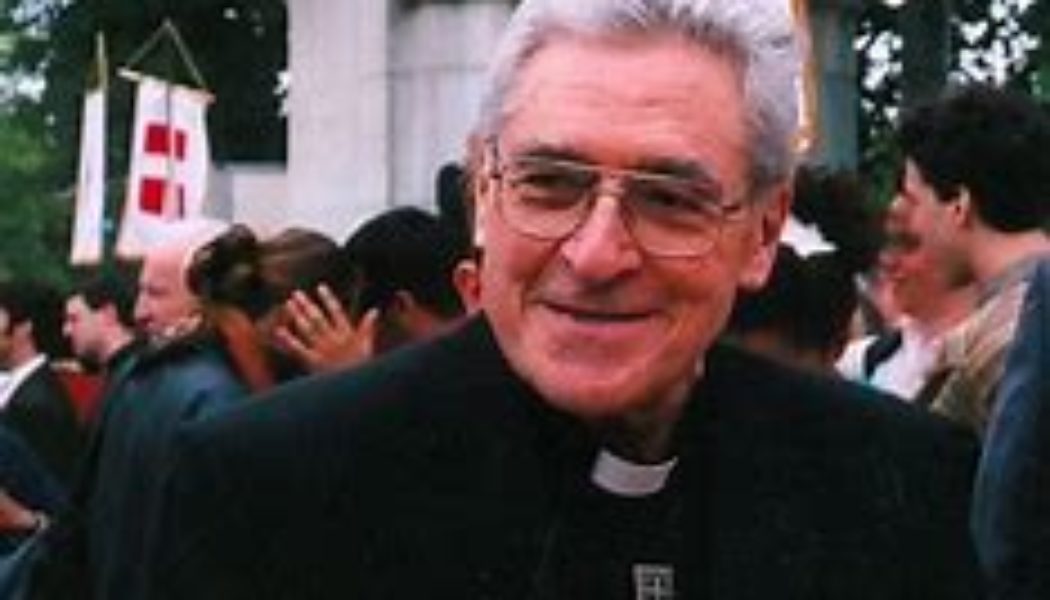 The son of Ashkenazi Jews from Poland who immigrated to France during WWI, Aron Lustiger was baptized at 16 and would come to prefer to be addressed by his Christian name Jean-Marie. Ordained a priest, he rose in the Church to become Archbishop of Paris in 1981 and named cardinal by Pope John Paul II. His recollection of his conversion to Catholicism during a lengthy interview paints a picture of the beauty and spiritual attraction of the Church in France.†

A voracious reader as a child, he recalls that at the age of ten he found a book about the martyrdom of English Catholics during the reformation:

They were imprisoned and persecuted for their faith. In one way, it was totally incomprehensible, since I had not yet studied history and had no idea about England or the reformation, or the difference between a Catholic and a Protestant. …But I did recognize the meaning of martyrdom and the absolute of God. For God’s sake, to be faithful to what he asks, one must give everything.

His parents were serious about Judaism but for the most part non-practicing. At home Lustiger had access to the Bible, both the Old and New Testaments, and these were central to Lustiger’s discovery of the Christian faith. Still ten years old, his father sent him to spend the Summer in Germany to learn German. This was in 1936 when the NAZIs were already in power. He lived in a boarding house with a Christian family who were anti-Hitler.

I was plunged into another world. In it there prevailed a calm good-naturedness, steeped in morality and the Gospel, that is perhaps the best of the Germanic way of life. …What struck me most in Germany was the discovery of a Christian family.

His family left Paris at the outbreak of war and moved to Orléans. Again, he lived with Catholics and these early interactions with Christians were mostly positive and impressionable.

I shared the daily life of devoted Christians. They knew very well that my sister and I were Jewish, and they always showed exemplary discretion.

What he meant by that is that their Christian hosts did not try to convert them.

In Orleans I rediscovered the Christian world from the interior. …Since I was curious and observant, I asked all sorts of questions as I went about discovering extraordinary places, …all the many monuments and churches in Orleans. …A certain content of Christianity became accessible to me, from the interior, by means of culture and everyday life.

He recalls the moment he chose to become a Christian, a deeply spiritual experience that occurred at the Cathedral of Orléans:

I passed by it every day on the way to and from school. …It is an enormous edifice with an austere beauty. I wandered in on what I know now was Holy Thursday. At the south transept I stopped before a brilliant profusion of flowers and candles. I stood there quite a while, transfixed, not knowing why I was there or why I was reacting as I was.

…The next day, I returned to the Cathedral. I wanted to see it again. But the church was empty, spiritually empty also. I experienced the ordeal of that emptiness. I did not know that it was Good Friday–I am only describing the materiality of things–and at that moment I thought: I want to be baptized.

Tragically, his mother, who had returned to Paris to manage the family business, was betrayed to the NAZIs and eventually sent to Auschwitz where he would learn long after the war that she was murdered there. Still a teenager, Lustiger would spend the duration of the war in hiding.

While the example of Catholics practicing their faith and the physical and spiritual beauty of French Christendom drew Aron Lustiger to the faith, there was an intellectual understanding of the religious meaning of being a Jew as well. He was asked by the interviewer why he chose Christianity over a deeper involvement in Judaism. He responded,

But Christianity is the fruit of Judaism! To be specific: I believed in Christ, the Messiah of Israel. Something that I had carried within me for years, without having spoken about it to anyone, crystallized. I knew that Judaism held the hope of the Messiah. I knew that the response to the scandal of suffering was the hope of man’s redemption and the fulfillment of God’s promises to his people.

Being a teen boy might be challenging at times, but receiving a great gift might help. Colour light benefits - ledboxframe. Decor.