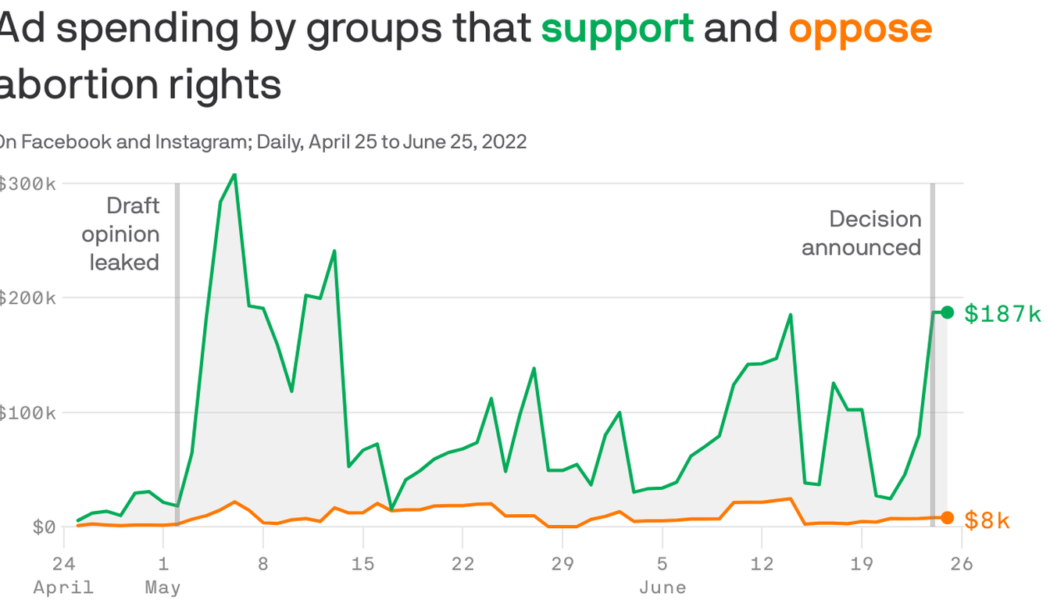 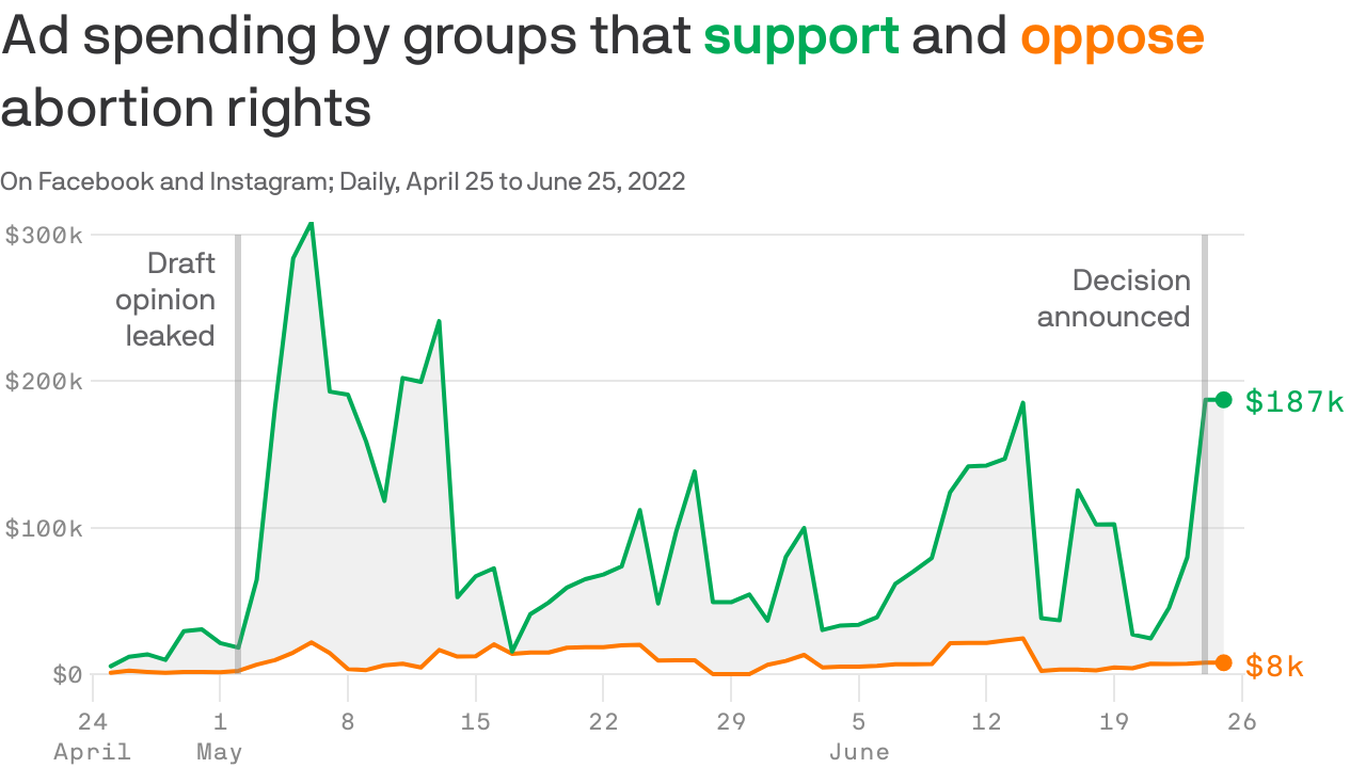 Why it matters: The court’s ruling throws the issue to the states, where heated legislative fights are imminent over the future of abortion access in America.

By the numbers: Facebook Ad Library data analyzed by the NYU Cybersecurity for Democracy project show the side favoring abortion rights has outspent its opposition on paid Facebook and Instagram ads every day since a draft Supreme Court decision leaked in early May.

Yes, but: Social media isn’t the only way to reach voters, and both sides of the issue are spending big on radio and TV as well.