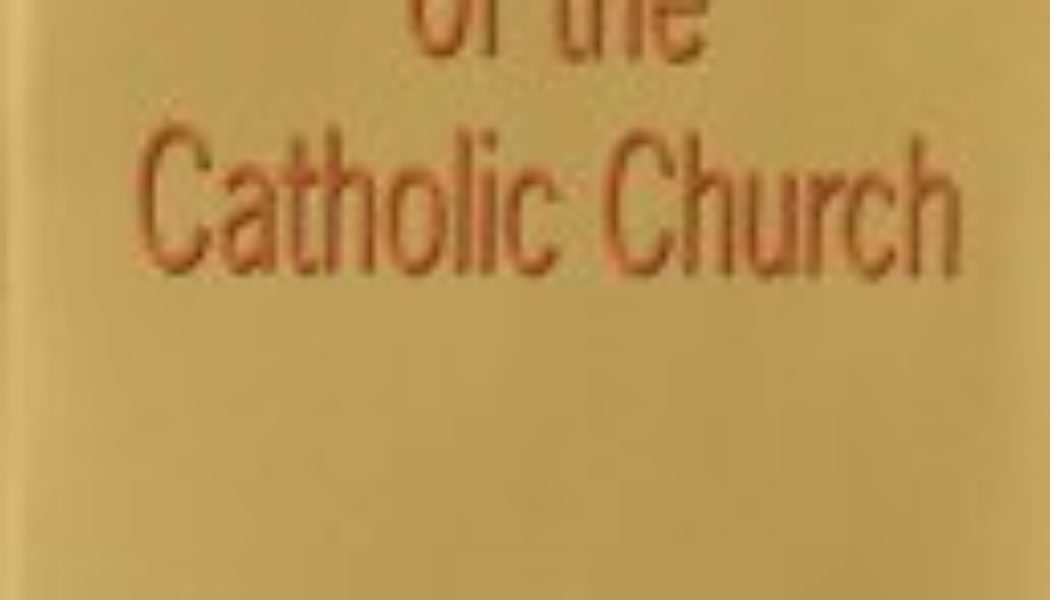 “We have to be careful who gets their hands on it”

And what is it, you wonder?

Why, the Catechism of the Catholic Church of course!

Over the past few weeks, the Catechism has been trending here and there for a couple of reasons. First, Benedict XVI’s death, which prompted folks to recall the Catechism as part of his legacy. Secondly, the Catechism in a Year podcast, which is proving to be as popular as the Bible in a Year podcast. Both are in the top 12 Apple Podcasts as I write, and I know the Catechism edition was #1 for at least a few days when it started at the beginning of the month.

Aren’t we so grateful to Pope Benedict for the Catechism? What a gift! What would we do without it!

Well, I am here to offer, as I like to do, a little bit of historical context. In case you didn’t know it, the Catechism was strongly resisted when it was first promulgated in 1992. This article from Homiletic and Pastoral Review was published near the beginning of the process and reflects the environment:

The sense of published responses to the Catechism by individuals long associated with what might be called “the catechetical establishment” have ranged from serious caveats to shrill alarms. One can see a weather reporter pointing grimly to the arrival of a wintry blast of dangerous storm patterns on the weather map. Some have suggested that the Catechism not be distributed widely to the faithful, that it is not designed for classroom use, that it is only a set of guidelines and certainly not a text to be read at home, that it is only a framework for adaptation and not the result of the adaptation, that it represents merely one ecclesiology among many rather than the fruit of the Council. We are told far more about what the Catechism is not, than what it is, what we are not to do, than what we might do. At this point we are ready to put on a trench coat and flee for the hurricane shelter.

The whole thing was so fraught, an entire book was written about it. You can actually access the entiretext here – as it says, Ignatius took it out print, so the content is online here with their permission.

This is something I experienced myself. At on point during those years, I was in a diocesan meeting of parish Directors of Religious Education. The bishop of that diocese was there and the topic was the forthcoming Catechism. He said to us, We have to be careful who gets their hands on this.

The diocesan Director of Religious Education, a religious sister, agreed:

We have to make it clear that it’s for pastoral ministers, not the laity. If they think of it as something for them, they’re going to start comparing our programs with what they read in the Catechism.

As my mother used to say, You think I’m making that up. I’m not.

It was one more element in the anti-JPII/Ratzinger gestalt among church professionals at the time, which was widespread and assumed to be normal. It was difficult to publicly articulate hostility to JPII because he was so popular, although I did hear this same diocesan director saying something about ….when this Pope dies as she prepared to lead us in the prayer service she’d written, lighting the candles atop the kente runner on the conference room table. But Ratzinger, of course, was easy and practically required for them to hate – hate, along with every bit of his thought, from theology to liturgy. Understanding this will help you understand the mindset of those of that generation who are still in Church leadership.

If I had to summarize the mindset I’d say…Why are so you childish that you need to be told what to believe rather than exploring your own mature vision of faith? Oh, exploring includes that book? Nope, sorry. Not for you.

It’s from the same family of ideas as: We’re a listening Church….oh, but not to you. Also: Sensus Fidelium for everyone! Hmmm, that thing over there is getting kind of popular. We should probably shut it down.