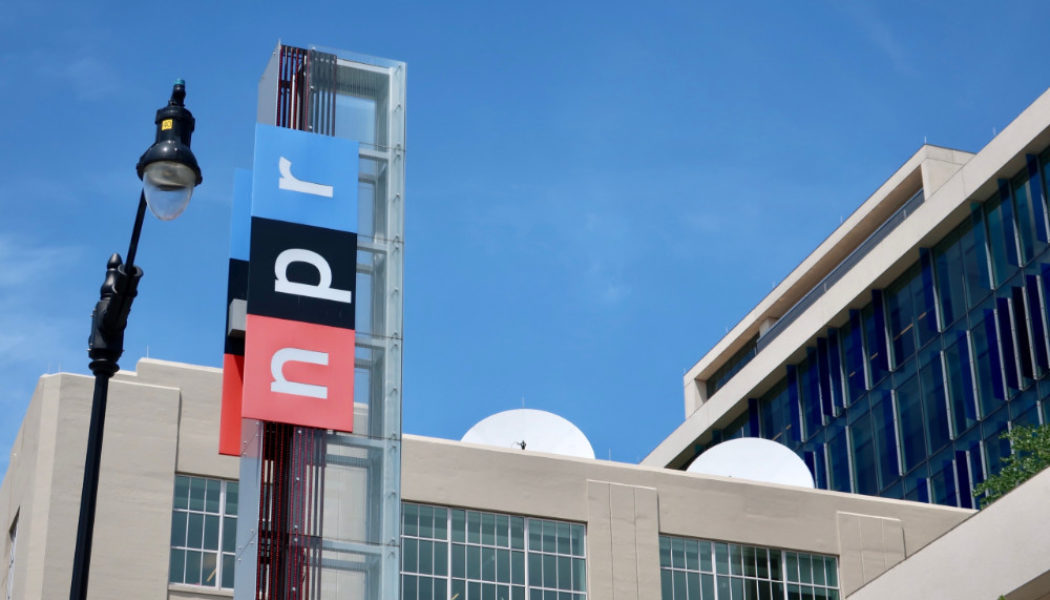 There must be laughter in hell. This kind of laughter is devoid, of course, of joy. It mimics and perverts the kind of life-giving laughter you might hear among friends and family gathered in love. Whether or not this is theologically correct is above my pay grade. But it is my conclusion after listening to laughter on NPR after an abortion they broadcasted.

In advance of Election Day, NPR, which receives federal government (read: taxpayer) funding, broadcasted from the room where a woman in Michigan was undergoing an abortion.

Michigan voters have the most extreme of extreme proposals on their ballots on Tuesday. It’s called Proposal 3, the “Right to Reproductive Freedom,” which would amend the state constitution giving “every individual” in the state “a fundamental right to reproductive freedom.” If passed, because it doesn’t define who an individual is, it would make parental notification and consent for minors for abortions impossible. Restrictions on abortion for sex selection or disabilities wouldn’t work there. There’s a loophole when it comes to limiting abortion to before “fetal viability,” letting a doctor allow it if he sees fit. The proposal goes beyond “abortion care,” creating a right to sterilization, which, of course, opens the flood gates for so-called gender affirmation for minors, again without parental knowledge or consent. It’s even worse that all that, but suffice it to say this is the context for NPR having gone in to an abortion clinic recording abortions.

In the abortion they chose to air, the woman was 11 weeks pregnant and “already has one kid,” the reporter’s voiceover tells us. She describes the dimmed lights and soothing music and declares that “it actually feels a lot like a childbirth.” (Perhaps because both involve a mother and child entering the room, with one grave difference for the second patient on exit.) The mother is a medical gown and her legs are in stirrups. She has a staff member coaching her by her side to encourage her — to assure her she “can do this.” (Encouragement or pressure? Probably depends on the woman.) Someone — the abortionist, I assume, warns about a loud noise and then we hear the machine go on. We hear vacuum and suction. The woman groans in pain. “Just keep breathing,” the staffer says. “I can’t,” at another point, the mother says.” There’s more reassuring the mother she can go through with the abortion. And soon it is over.

What NPR doesn’t say in its voiceover is that a woman walked into that room with a developing baby inside her. And before she left the room, that baby was dead. There are many tremendously difficult situations women find themselves in — and not just the extremely desperate situations. Money and housing and one-night stands no one really thought about and a deadbeat boyfriend — all are real things, and pro-life people need to take those root causes seriously and love women and men and babies and families enough to more fully meet the needs that are real in each of these situations. At the same time, we also have to be clear that abortion is a “right” to a dead baby — and in a particularly cruel way in states like Michigan where the most radical politicos and abortion industry seek limitless abortion.

I have no doubt that the laughter was a cocktail of relief that the abortion was over, anxiety about it all, and uncertainty about what would come. But the demonic surrounded that mother, and you could hear it on NPR, even as the reporter tried to make it so clinical and even beautiful. So much in the surgical room and outside were about convincing everyone that what was being done is good at the very least. Satan has a hold over Americans today who insist that abortion is equivalent to women’s rights. It’s a kind of enslavement the sexual revolution brought on (and which St. Paul VI warned us about in Humanae Vitae).

It was not all that long ago when a Democratic president talked in terms of “safe, legal and rare” about abortion. The implication was that it is a necessary evil, but an evil all the same, even if Bill Clinton didn’t use the e-word itself. Now we live at a time when the governor of Michigan was profiled huddling with her daughters about the supposed horror of life after Roe for them. I have no reason to believe the author of the piece was making an editorial comment by mentioning the Ouija board that was noticeable in the pantry room of their summer house. But that’s what we’re dealing with post-Roe, an elevated battle of good vs. evil, and evil wants to convince us all that killing unborn children — and even ones born-alive — is but a healthy medical choice and those involved in the industry are supporting something sacramental to women’s dignity and freedom.

NPR does warn that “some people” may find some of the sounds of a surgical abortion “disturbing.” One wonders if NPR’s editors considered how it might worsen the trauma of women and girls who have had abortions. Hearing that machine again. Hearing another woman in the pain she felt. Knowing there was a baby and then there wasn’t.

Midterm elections are not often known to bring out the best in people — candidates, media, social media posters, people sitting around a table talking about candidates. But after the Supreme Court’s reversal of Roe v. Wade, there is clearly a whole new level of moral blindness — to even what is politically wise. Most Americans do not like abortion. Polls show us even pro-choice people want limitations and protections (for both mother and child).