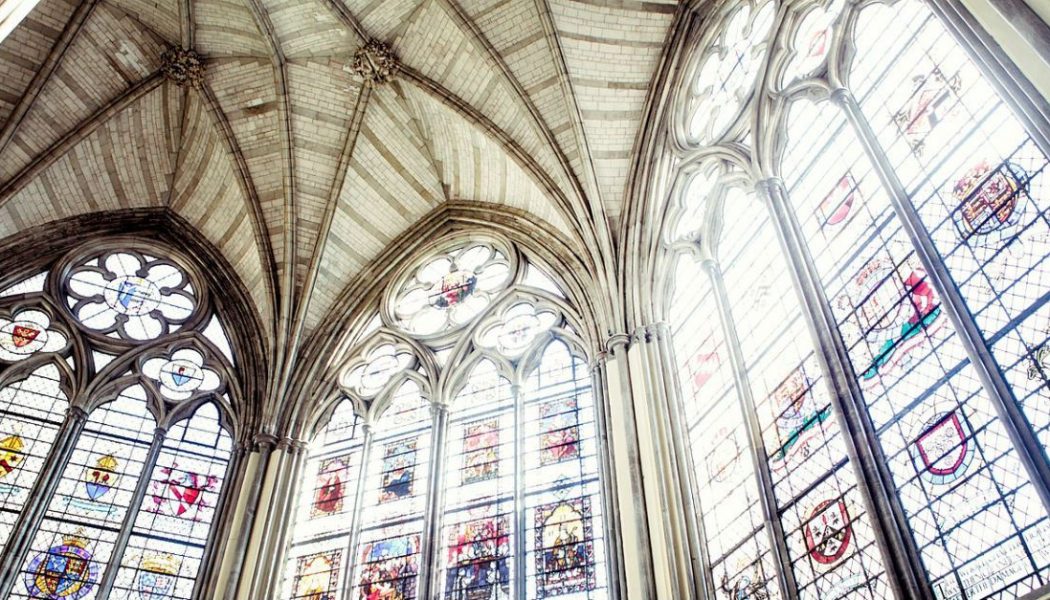 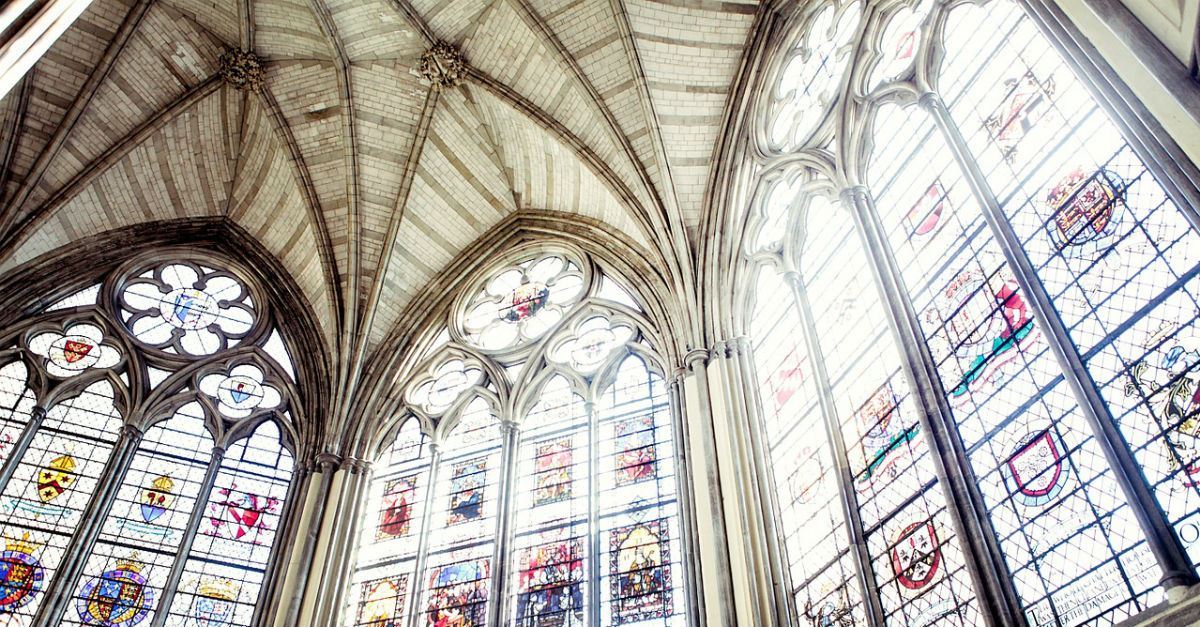 The Book of Revelation addresses seven letters to seven churches in Asia Minor (modern-day Turkey) (Revelation 2-3). Each letter, as proclaimed by Jesus and recorded by John the Apostle, declares the triumphs and failings of the recipient churches and warns each congregation to repent.

The advice in these letters is prophetic, forewarning present-day Christian communities of the snares that can lure us away from our faith.

Christian scholars from the second century to date have attributed the physical writing of Revelation to John the Apostle, son of Zebedee (Mark 3:17) and author of the Gospel and Epistles of John. Although John literally wrote Revelation, the Book makes it clear that the source of the revelations is Jesus (Revelation 1:1-2).

In the first century A.D., the Apostle John was exiled to the island of Patmos, a Roman penal colony near Asia Minor. John’s “crime” was practicing Christianity. While in Patmos, John was seized by the Holy Spirit and received prophetic visions from Christ instructing him to: “Write on a scroll what you see and send it to the seven churches: to Ephesus, Smyrna, Pergamum, Thyatira, Sardis, Philadelphia, and Laodicea” (Revelations 1:1-2; 9-11).

Why Were These Seven Churches Chosen to Receive the Apocalyptic Message?

Revelation’s seven churches were among a number of early Christian communities in Asia Minor. These particular seven churches may have been chosen to receive Christ’s apocalyptic message because, geographically, the churches were located along an established, circular trade route that brought together the most populous and influential parts of the province. Once the apocalyptic message was given to the churches in these prominent cities, the message would spread to the Christian communities in the rest of the province.

Although the seven letters in Revelation are tailored to the named churches, these churches and their stated deficiencies can symbolize all churches in one respect or another. The instruction given to Revelation’s congregations, therefore, is valuable to Christian congregations today.

Where Were the Seven Churches and What Do They Symbolize?

The Church that Has Abandoned Its Love for Christ and His Teachings (Revelation 2:1-7)

Ephesus was the prominent commercial and cultural center of Asia. Christ’s letter to the Ephesian church praises the congregation for its “deeds…hard work…and perseverance,” and for its rejection of false apostles (Revelation 2:2-3).

Despite its hard work and doctrinal integrity, Christ faults the community for having “forsaken the love [they] had at first” (Revelation 2:4). This “forsaken love” can mean that the Ephesians had become less devoted to Christ or that the work they did was no longer motivated by love for one another. The letter to the Ephesian church does offer the community hope if they repent and rekindle their love for Christian living (Revelation 2:5-7).

The lesson in the letter to Ephesus teaches that truth and love must go hand-in-hand. A church that upholds doctrinal purity at the expense of showing love is just as flawed as a church that upholds congregational harmony at the expense of truthful teachings. Instead, Jesus reveals that a church fashioned in His image must teach God’s Truth in love.

The Church that Remains Faithful Amidst Persecution (Revelation 2:8-11)

Smyrna was home to a large Jewish community hostile to Christians. The Bible notes that slanderous accusations by Jews against Christians had led to Christian persecution by Roman authorities (Acts 14:2, 19: Acts 17:13).

Christ’s revelation to Smyrna commends the community for its material poverty but spiritual wealth and acknowledges its wrongful persecution (Revelation 2:9). Christ does not reprimand this church but warns of impending imprisonment for some of its members, urging them to remain faithful “even to the point of death” and remember the promise of their “victor’s crown” (Revelation 2:10).

Like the church in Smyrna, Christians are persecuted worldwide in obvious and insidious ways. This letter warns all Christians that although we may suffer greatly, the length of tribulation will be short compared to the promise of eternal life.

The Church that Compromises Its Beliefs (Revelation 2:12-17)

The city of Pergamum was renowned for its pagan practices. The letter to the church there lauds the congregation for upholding its faith despite the city’s pervasive pagan influences (Revelation 2:13). The letter then addresses the church’s sin by denouncing some of its members for following false teachings that brought about religious and moral compromise (Revelation 2:14-15).

The Lord calls on the community to repent or risk the judgment that will emanate from the “sword of [His] mouth” (Revelation 2:16). Those who repent will be given the “hidden manna” that is the grain of Heaven (Psalm 78:24), and a “white stone” or clean slate with a new identity in Christ (Revelation 2:17).

Like the Christians in Pergamum, it’s easy to normalize the non-Christian behavior of those around us and allow that behavior to dilute our values (1 Corinthians 15:33). But the Bible urges us to “not conform to the pattern of this world” but be transformed by the renewal of our mind in accordance with God’s Word (Romans 12:2).

Thyatira was a wealthy commercial city. Jesus’ letter to Thyatira praises the church for having grown in faith and service (Revelation 2:19). The church’s downfall was its devotion to a false prophet that led some members to commit idolatry and immorality (Revelation 2:20). Although the false prophet remained unrepentant, Jesus affirms that the congregation can still repent by turning away from the prophet’s ways (Revelation 2:21-22).

The Lord reminds us in this revelation that He will repay each of us according to our deeds (Revelation 2:23). The payment for sin is death. Those who persevere in faith, however, will receive a share of Christ’s messianic authority over all nations and triumph over death (Revelation 2:26-28).

Just as some in Thyatira’s church were led astray by a false prophet, Christians today fall prey to cult leaders, occult practices, and other false teachings. To share in Christ’s victory, we are to avoid these “so-called deep secrets” of Satan (Revelation 2:24) and hold firm to Christ’s teachings.

The Church that is Spiritually Dead (Revelation 3:1-6)

Sardis was a city that had endured two surprise attacks despite its fortifications. Our Lord faults the church in Sardis for maintaining an outward appearance of being “alive,” while actually being spiritually dead (Revelation 3:1). Alluding to the city’s history of prior surprise attacks, Jesus warns the congregation to “wake up” and repent, lest he “come like a thief” to bestow His judgment (Revelation 3:2-3).

Those in Sardis who heed Christ’s warning will be “dressed in white,” a symbol of purity and victory, and will be acknowledged in Heaven’s Book of Life (Revelation 3:5).

Today, Christians can fall into the trap that ensnared the church in Sardis if we merely go through the motions of practicing our faith without really feeding our spirit. We can avoid becoming “the living dead” by engaging in our faith through Bible study, prayer, and fellowship.

The Church that Patiently Endured Despite Weaknesses (Revelation 3:7-13)

Philadelphia was home to a synagogue community hostile to Christians. Christ praises the Philadelphians for remaining faithful in the face of trials despite their limited strength (Rev. 3:8).

Jesus does not reproach this congregation but condemns its persecutors. (Revelation 3:9). Christ promises that if Philadelphia’s congregants remain faithful to Him, He will protect them from the “hour of trial” and make them pillars in God’s heavenly temple (Revelation 3:10-12).

The message to Philadelphia shows us the blessings that come when we maintain our faith despite life’s tribulations. In fact, those who persevere despite weaknesses will stand strong as pillars in Heaven.

Laodicea was a prosperous industrial and commercial center. Jesus’ letter to this church wastes no time denouncing the congregation for its lukewarm faith, threatening to “spit” the congregation out of His mouth (Revelation 3:16).

Christ scolds this church for allowing its economic prosperity to cause it spiritual bankruptcy and reveals that, despite its economic wealth, only He can provide spiritual wealth (Revelation 3:17-18). Those in Laodicea’s church who open the door to Christ will share in His Heavenly banquet and have the right to sit with Him on His throne (Revelation 3:20-21).

Like the church in Laodicea, it’s easy to become complacent in our faith during times of abundance. Christ warns us in this revelation that he will “spit out” lukewarm disciples. Instead, Jesus urges us to keep seeking the Lord’s face even after His hand has bestowed riches in our lives.

Biblestudytools.com, “Why These Seven Churches.”

Biblestudy.org, “The Meaning of Numbers: The Number 7.”

Dolores Smyth’s work has appeared in numerous faith and parenting publications. You can find her on Twitter @LolaWordSmyth.