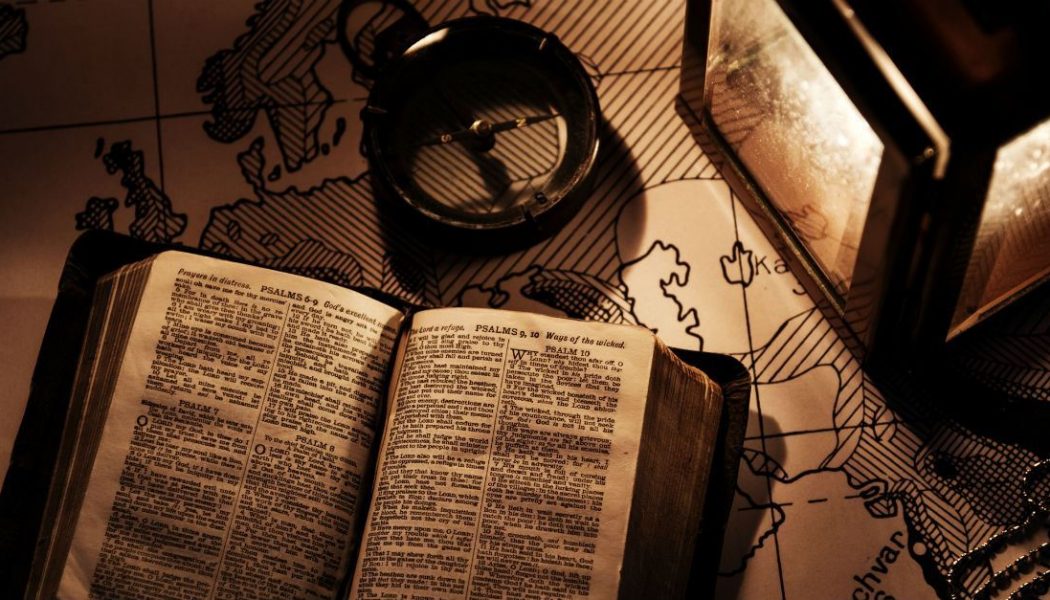 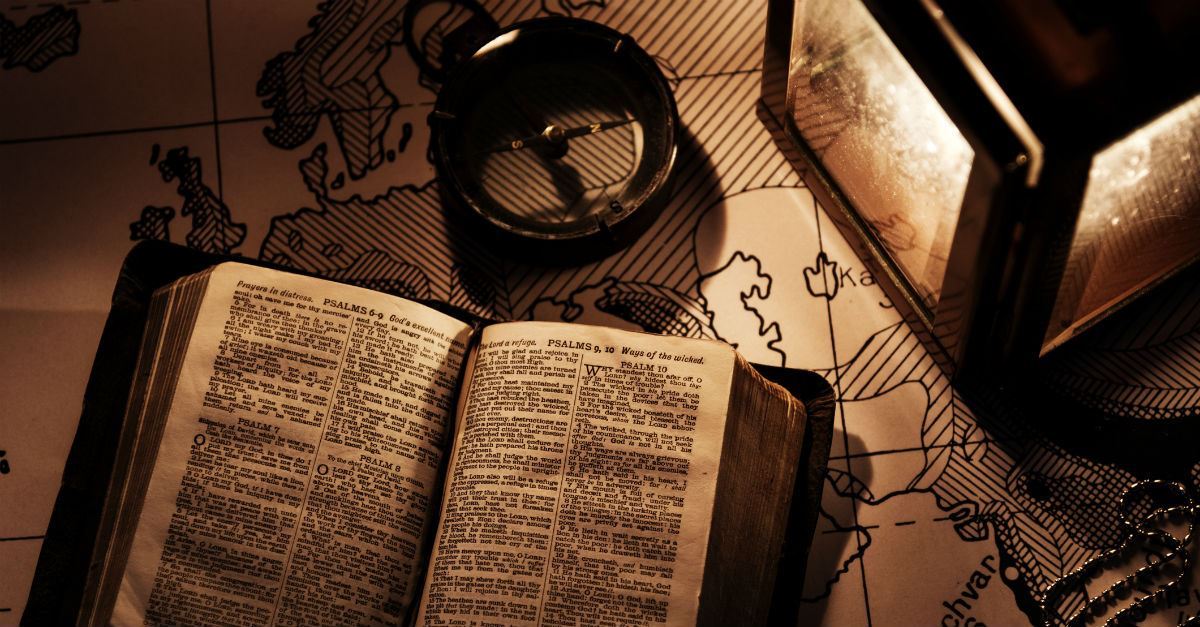 It all starts here. In Matthew 28:18-20, Jesus commands His apostles, “Go therefore and make disciples of all nations, baptizing them in the name of the Father and of the Son and of the Holy Spirit, teaching them to observe all that I have commanded you.”

Christians are called to participate in the mission to Go, Make Disciples, Baptize, Teach or Preach as the Gospel of Mark puts it (Mark 16:15).

Does This Mean Every Christian a “Missionary?”

There are at least two schools of thought on this extra-Biblical term.

1. Every Christian Is a Missionary

“Every Christian is a missionary or an imposter.” Charles Spurgeon’s famous quote asserts that any true worshipper of Jesus Christ would desire that the world know Him. This definition could include anyone using their talents and abilities to advance the Kingdom.  We are all called to go, and therefore as we are going about our daily lives, we are missionaries fulfilling this calling along the way.

2. Only Some Are Missionaries

“A more narrow definition of the term missionary, derived from the Latin root ‘to send,’ describes one who is sent out ‘to plant the gospel within a target culture until it expands throughout that culture and perhaps beyond,’” according to When Everything is Missions. As Matt Tyler, a church planter in East Asia argues, “We need language to describe those called and gifted by God for cross-cultural missions.”

The requirements for both definitions are true, valuable, and necessary for obedience to the Great Commission; however, though some may call it semantics, Great Commission and Missionary are not always synonymous.

Practically speaking, we toss the terms “Missions” and “Missionary” and “the Mission” around interchangeably, and often we don’t know if someone is simply referring to a laborer in social causes, gospel interactions, or both. It is valuable to set apart the term “Missionary” to identify a distinct calling, not a higher or “more spiritual” calling, as we are all called to do everything for the glory of our Creator, but a unique calling deserving of honor.

What Does it Mean for Missionaries to Go?

In Acts 1:8, Jesus describes going to “Jerusalem and in all Judea and Samaria, and to the end of the earth.” What does this mean for us today?

Here are some ways those mission fields have been described:

Missionaries who are sent out or go for the primary purpose of evangelizing largely unreached people groups at “the End of the Earth” are placing themselves in a window of the world where most have never heard the name of Jesus Christ. We see this example in the Apostle Paul. Think prison, snake bites, and shipwrecks.

Missionaries go to spiritually dark, often hostile places in the world, leaving the comforts of home behind, for the sake of hoping to introduce people to the good news they have never heard and plant gospel communities. Hoping – because there are no guarantees. And often they are families bringing children with them. Modern day missionaries leave their home, extended family, friends, church, comfort, good schools, good health care, choices for their children, safe peers, grandparents, and holiday dinners. There is a toll, a cost to this type of service. And some even bear the burden of a prison cell for the sake of the gospel.

What about Those Who Stay?

What does this mean for the rest of us? Are we excused from the calling of the Great Commission? “Not every church member will be a missionary, but every church member can be involved in this work of sending, training, assessing, and confirming,” Tyler stated. We are all under the mission.

AsJohn Piper explains, to belong to Jesus is to embrace the nations. “That means that there are no coasters. There are no people who say, ‘Missions is not my thing,’” Piper said. “You can be a goer, you can be a sender, or you can be disobedient. There is no other option but those three.”

As senders we can mobilize, helping people get to the field by funding, training, calling out, and supporting those who are called to go and connecting them to the church.

Missionaries in the Old Testament

Abram Was Sent Out.

Abram was the first man to be called by the Lord Himself to, “Leave your country, your people and your father’s household and go to the land I will show you,” all so that someday “all peoples on earth will be blessed through you” (Genesis 12:1-3).

Though he lived and died generations before Jesus, it is through his bloodline that we receive salvation through Jesus Christ. His righteousness was counted to him as faith as he went out to follow God’s call on His life.

Jonah Was Sent Out.

Jonah was sent by God to the wicked city of Nineveh to “call out against it the message that I tell you” (Jonah 3:2). The result was that the people believed God and repented.

The Most Famous New Testament Missionary

Likewise, we see Paul, a man who was also called by the Lord to go as “a chosen instrument of mine to carry my name before the Gentiles and kings and the children of Israel” (Acts 9:15). The Lord promised from the beginning that He would “show him how much he must suffer for the sake of my name” (Acts 9:16). As Paul went to proclaim The Way of Christ, he assembled groups of believers, churches, for his protege Timothy and others who would stay behind to build while he moved on to continue to spread the gospel. Though he often expressed his desire to stay or revisit his fellow believers, he obeyed the missionary call to continue to go.

William Carey (1761-1834) is known as the Father of Modern Day Missions. It would take seven years in India and cost his son’s life and his wife’s mental health before he baptized his first convert. He went on to translate the Bible into dozens of major Indian languages and dialects.

Amy Carmichael (1867-1951) was born in Ireland and is most famous for her work with orphans in India. She founded the Dohnavur Fellowship to care for them, and it is still in operation today.

When her husband Jim was brutally murdered in the 1950s by the very people they were trying to reach, Elisabeth, along with her very young daughter, continued to stay and preach the gospel to the Waorani tribe of Ecuador.

God’s Global Plan: A Great Multitude from Every Nation

We see the beauty of God’s plan in Revelations 7:9:

“After this I looked, and behold, a great multitude that no one could number, from every nation, from all tribes and peoples and languages, standing before the throne and before the Lamb, clothed in white robes, with palm branches in their hands.”

The good news is that every Christian gets to participate in the work God is doing. Remarkably, He allows us to join in the fulfillment of His plan.

If we are concerned about the ultimate cause of Christ, then it is not about whether we call ourselves missionaries but only whether or not we are participating in fulfilling Christ’s command to go, baptize, teach, and make disciples. Go where? Go to anyone who needs to hear the gospel, be baptized, be taught, or become a disciple. Go to your Jerusalem, Samaria, and Judea, to your neighbors and the nations.

This is the purity of the Great Commission. Ultimately, it is the fulfillment of the greatest commandment to love God and love others. Go where God is calling you to share the good news, and share it, even if it happens to be next door. But consider that He might be sending you today just as He sent Paul to the End of the Earth.

Hollie Gilman has spent the last 20 years momming, homeschooling her 3 almost-grown-and-flown children, and working with her husband of 23 years. She is a lifelong passionate learner in all things Faith, Health, and Leadership andloves to find the humor and heart in the common experiences so many busy parents share. Sheis currently enjoying her new life in the country (being a pretend farmer) just outside her hometown of Richmond, VA.Her work has been featured in Coffee+Crumbs, Richmond Family Magazine, and Parkway.org, and occasionally she spills her guts on her blog tryingtowalkandnotfaint.wordpress.com.

Princess aurora ring. 25+ free calendar templates in google docs. What rights you have over your data.