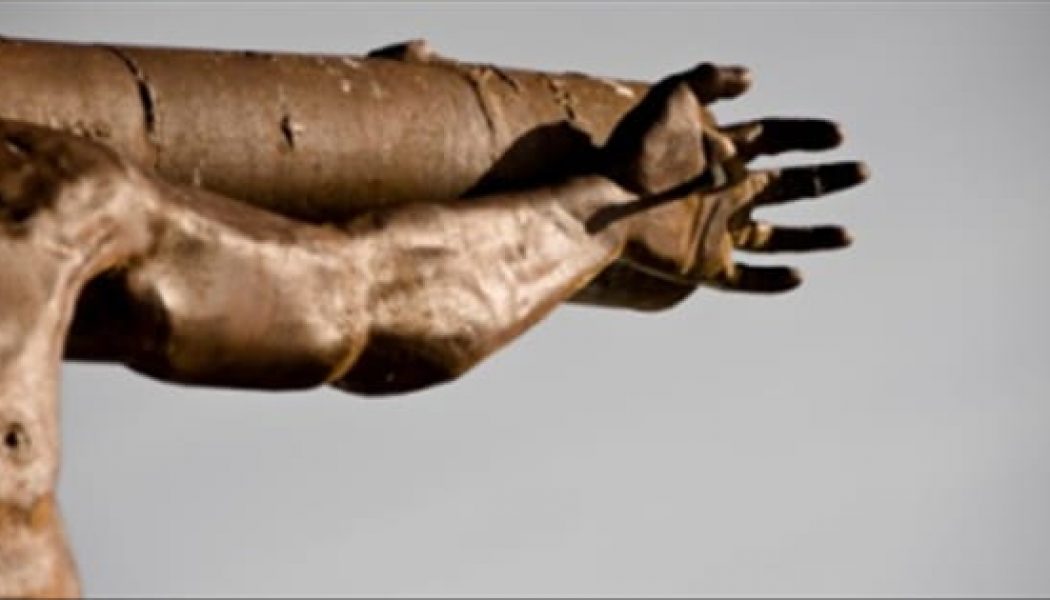 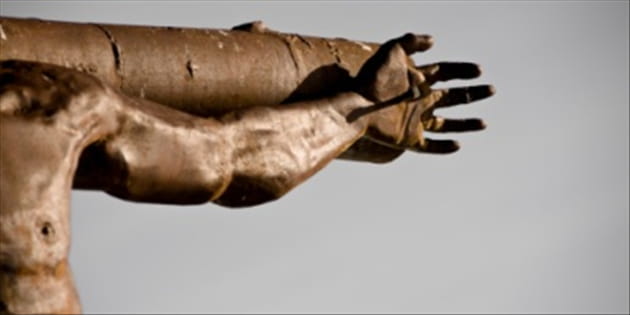 People have for centuries argued about who was to blame for killing Jesus. Sadly, some have even used the issue to justify anti-Semitism, blaming the entire Jewish race for the death of jesus christ.

But ultimately Jesus was not a victim of either Rome or the Jewish leaders. The apostle Peter says in Acts 2:23 that Jesus was “delivered up by the predetermined plan and foreknowledge of God.” The Jewish leaders and the Roman official who carried out His crucifixion undeniably bear guilt for the sin of what they did, but God Himself had foreordained how and when Jesus would die.

Yes, the Jewish leaders of that day who condemned Him were culpable. They plotted, concocted false charges against Him, and blackmailed the Roman governor Pontius Pilate into carrying out their will. They were by no means innocent.

And the Roman government must share the guilt. Those who represented Rome in Jerusalem set aside justice to appease an angry crowd. They executed an innocent man.

But at the core, Jesus’ death was an act of the Son’s submissive obedience to the Father’s will. And Jesus Himself was in absolute control. He said, “I lay down My life that I may take it again. No one has taken it away from Me, but I lay it down on My own initiative. I have authority to lay it down, and I have authority to take it up again. This commandment I received from My Father” (John 10:17).

Do not think for a moment that anyone could kill Jesus against His will. The divine plan could never be short-circuited by human or satanic plots. Jesus even told Pilate, “You would have no authority over Me, unless it had been given you from above” (John 19:11). Mobs tried to murder Jesus. They once sought to hurl Him off a cliff (Luke 4:29) and repeatedly attempted to stone Him (John 8:59; John 10:31). Again and again He simply (and supernaturally) passed through their midst because His time had not yet come (cf. John 7:30; John 8:20).

When the hour of Jesus’ death finally did come, He knew it (Matthew 26:18). Fully comprehending all it would entail in terms of the pain and agony of bearing the punishment for sinners, He nevertheless submitted Himself willingly. John 18:4 says when the soldiers came to arrest Him in the Garden of Gethsemane, “Jesus therefore, knowing all the things that were coming upon Him, went forth, and said to them ‘Whom do you seek?'” (emphasis added). He willingly surrendered Himself to them. That was His hour, the time foreordained by God.

John 19:30 says, “When Jesus therefore had received the sour wine, He said, ‘It is finished!'” The Greek expression is only one word-tetelestai. It was not the groan or curse of a victim; it was the proclamation of a victor. It was a shout of triumph: “IT IS FINISHED!”

The work of redemption was done. He did all that the law required and perfectly accomplished all that the Father had given Him to do. He made full atonement for sins-everything was done; nothing was left. The ransom was settled. The wages of sin were paid. Divine justice was satisfied. The work of Christ was fully accomplished. The Lamb of God had taken away the sins of the world (John 1:29). There was nothing more on earth for Him to do except die so that He might rise again.

Having finished His work, the Lord “bowed His head, and gave up His spirit” (John 19:30). There was no jerk, no sudden slump. He bowed His head. The Greek word evokes the picture of gently placing one’s head on a pillow. In the truest sense, no man took Jesus’ life from Him-He laid it down of His own accord (cf. John 10:17). He simply and quietly yielded up His spirit, commending Himself into the Father’s hands (Luke 23:46).

Only the omnipotent God who is Lord of all could do that. Death could not claim Jesus apart from His own will. He died in complete control of all that was happening to Him. Even in His death He was the sovereign Lord.

To the human eye Jesus looked like a pathetic casualty, powerless in the hands of mighty men. But the very opposite was true. He was in charge. He proved it a few days later when He forever shattered the bonds of death by rising from the grave (1 Corinthians 15:20).

And Jesus is still in charge. “For to this end Christ died and lived again, that He might be Lord both of the dead and of the living” (Romans 14:9).

This is the gospel. jesus christ, who is God incarnate, humbled Himself to die for our sins. Thus He became the sinless sacrifice to pay the penalty of our guilt. He rose from the dead to declare with power that He is Lord over all, and He offers eternal life freely to any sinner who will surrender to Him in humble, repentant faith.

The gospel promises nothing to the haughty rebel. But for broken, penitent sinners, it graciously offers everything that pertains to life and godliness (2 Peter 2:3). That’s the good news.

Adapted from the gospel according to jesus, © John MacArthur. All rights reserved. Used by permission.

Widely known for his thorough, candid approach to teaching God’s Word, John MacArthur is a fifth-generation pastor, a popular author and conference speaker, and has served as pastor-teacher of Grace Community Church in Sun Valley, California since 1969. John and his wife, Patricia, have four grown children and fourteen grandchildren. John’s pulpit ministry has been extended around the globe through his media ministry, grace to you, and its satellite offices in Canada, Europe, India, New Zealand, and Singapore. In addition to producing daily radio programs for nearly 2,000 English and Spanish radio outlets worldwide, Grace to You distributes books, software, audiotapes, and CDs by John MacArthur. In thirty-six years of ministry, Grace to You has distributed more than thirteen million CDs and audiotapes.

John is the president of the master’s college and the master’s seminary, and he has written hundreds of books and study guides, each one thoroughly biblical and practical. best-selling titles include the gospel according to jesus, ashamed of the gospel, Twelve Ordinary Men, and twelve unlikely heroes.