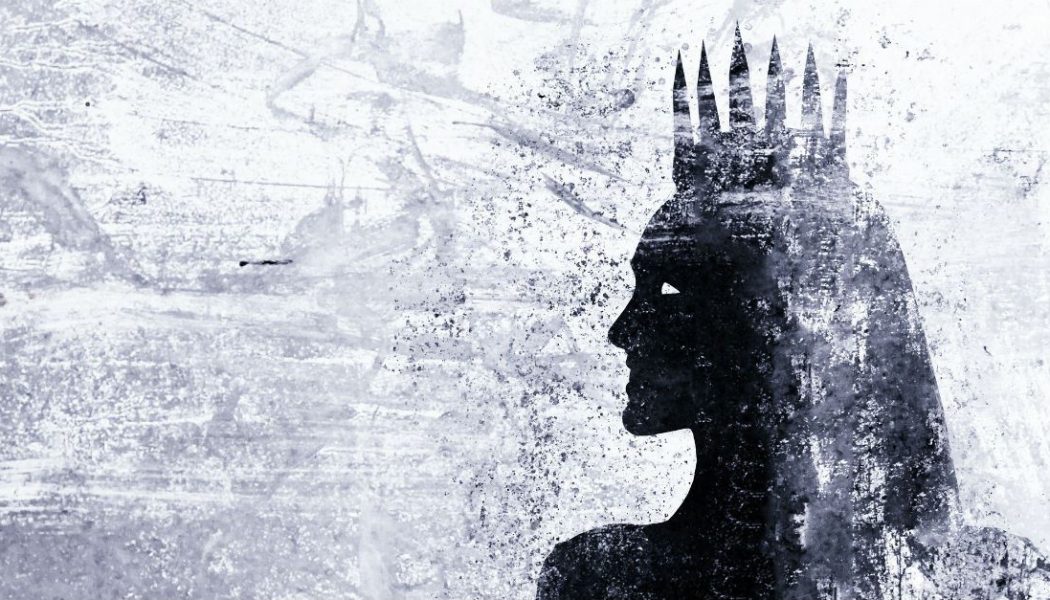 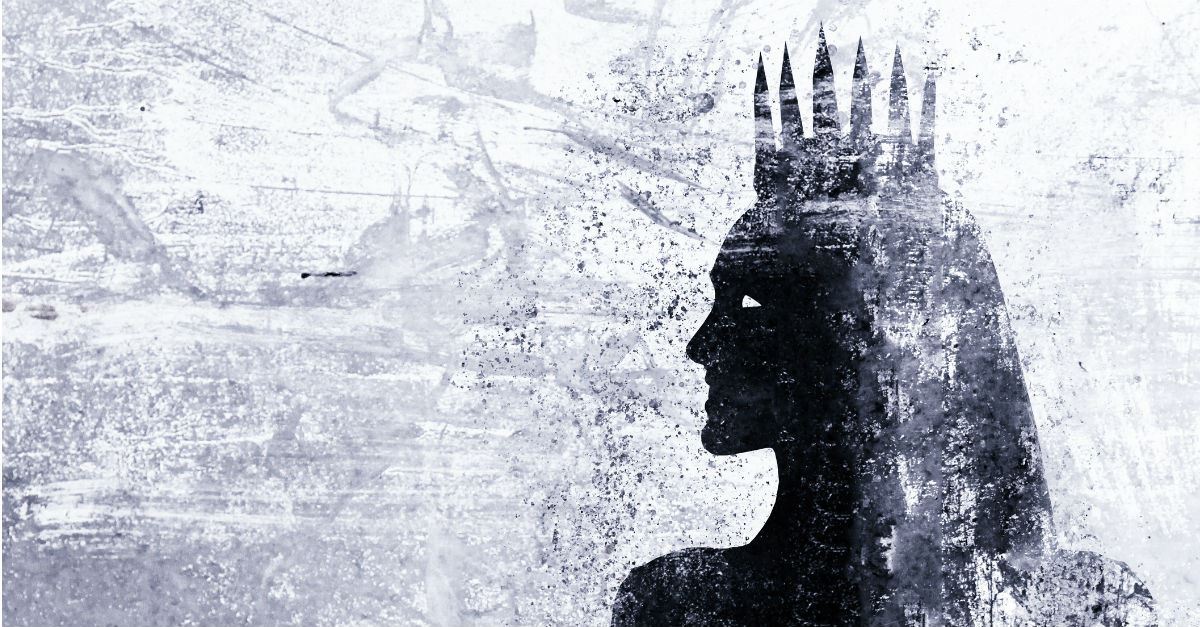 Queen Jezebel was the daughter of Ethbaal, king of Sidon, and the wife of Ahab, king of Israel. Jezebel promoted the worship of false gods in Israel, harassed and killed God’s prophets, and arranged for an innocent man to be falsely charged and executed.

King Ahab, who “did more evil in the eyes of the LORD than any [king of Israel] before him,” (1 Kings 16:30) married Jezebel, making her the queen over Israel. We learn in 1 Kings 16:31, Jezebel was the daughter of Ethbaal, who was king of the Sidonians (or Phoenicians).

Before becoming king, Ethbaal was noted to have been a priest of Astarte, which was the Greek form of the moon goddess Ashtoreth. Astarte is what the Phoenicians called her. According to Easton’s Bible Dictionary, Ashtoreth was “frequently associated with the name of Baal, the sun-god, [the Phoenicians’] chief male deity.”

Jezebel’s father Ethbaal was politically connected to King Ahab in Israel, which could explain the marriage between the two. This influence led to the promotion of false gods among the people of Israel.

As detailed in 1 Kings 16:31-32, Jezebel persuaded her husband to promote the worship of deities, Baal and Asherah, among the people of Israel. It was common during this era of kingdoms for the king to establish worship facilities for foreign wives. In this case, Jezebel required the installation of a temple and an altar for Baal, which was built in Samaria. Since she was Phoenician, Jezebel more than likely had a role that was more active than what was normal in Hebrew rule.

During Ahab’s reign in Israel, the people were deeply divided as to either worship and serve Baal or the Lord. Animosities were so heighted that Jezebel ordered the death of the Lord’s prophets, while she fully supported the prophets of Baal and Asherah.

Obadiah was a governor in the region who greatly feared the Lord. He protected 100 of the Lord’s prophets, hiding them in caves and feeding them (1 Kings 18:3-4).

A confrontation ensued between Elijah and King Ahab, which resulted in a gathering of all the prophets at Mount Caramel. At the gathering Elijah proclaimed himself to be the only remaining prophet of the Lord, following the execution of the others. The prophets of Baal numbered 450.

Elijah requested two bulls, one for himself and one for the Baal prophets. The bulls were to be cut into pieces and laid on wood as an alter without the usage of fire. Elijah requested the prophets to call upon Baal to provide the fire, and he would call upon the Lord to provide.

The prophets of Baal called upon their god for hours without any type of response. This silence distressed them. “So they shouted louder and slashed themselves with swords and spears, as was their custom, until their blood flowed” (1 Kings 18:28).

When it was Elijah’s turn, he cut up the bull and laid it upon the wood without any assistance of fire. Then he added 12 stones to the altar to represent the number of the tribes of the sons of Jacob and dug a deep trench around the alter. He then called for the crowd to pour four barrels of water onto the sacrifice and wood. He instructed this be done at least three times, causing water to surround the altar and fill the trench.

Elijah summoned the Lord and petitioned, “LORD, the God of Abraham, Isaac and Israel, let it be known today that you are God in Israel and that I am your servant and have done all these things at your command. Answer me, LORD, answer me, so these people will know that you, LORD, are God, and that you are turning their hearts back again” (1 Kings 18:36-37).

Immediately, “the fire of the Lord fell and consumed the burnt sacrifice, and the wood, and the stones, and the dust, and licked up the water that was in the trench” (1 Kings 18:38). When the people witnessed the validity of the Lord, they fell on their faces and proclaimed, “he is the God: the Lord, he is the God” (1 Kings 18:39). Elijah then ordered the killing of all Baal prophets.

Knowing Queen Jezebel’s rage and imminent desire for vengeance, Elijah fled to the wilderness under a juniper tree.

In 1 Kings 21, we see how Jezebel organized the death of Naboth.

Naboth owned a vineyard near the palace of King Ahab. Ahab demanded Naboth give him the vineyard for the purpose of an herb garden. He offered to improve the profitability of the vineyard from its current state or pay him for the vineyard. Naboth denied this request because “[t]he Lord forbid that I should give you the inheritance of my ancestors” (1 Kings 21:3). Ahab was “sullen and angry” (1 Kings 21:4) with the rejection, but Queen Jezebel concocted a scheme to get the vineyard.

She forged letters under Ahab’s name and seal requesting a fast. Additionally, the letters ordered Naboth be charged with blasphemy against God, which would be supported by the false testimony of two scoundrels. The orders further demanded that Naboth be stoned to death. Jezebel’s plan was successfully carried out exactly as planned and Naboth was executed.

As soon as Ahab got word of Naboth’s death, he went to take possession of the vineyard. As the Lord instructed the prophet, Elijah came out of the wilderness to meet Ahab at the vineyard and confronted him about Jezebel’s conspiracy against Naboth as well as Ahab’s sinful actions that were causing Israel to sin.

For Jezebel’s guilt in the matter, the Lord proclaimed, “[t]he dogs shall eat Jezebel by the wall of Jezreel” (1 Kings 21:23). The Lord casted much of the blame to Jezebel by explaining, “[t]here was never anyone like Ahab, who sold himself to do evil in the eyes of the LORD, urged on by Jezebel his wife” (1 Kings 21:25).

When Ahab “heard these words,” he realized his guilt in the conspiracy and “rent his clothes, and put sackcloth upon his flesh, and fasted, and lay in sackcloth, and went around meekly” (1 Kings 21:27).

In His great mercy, the Lord came to Elijah and said He would not bring evil upon Ahab in his life because he humbled himself, but judgment would pass onto his son’s days. Ahab lived another three years before died in the ensuing battle between Syria and Israel. His son Ahaziah took over the throne but died soon thereafter and was succeeded by Joram.

How did Jezebel die?

The prophet Elisha, successor to Elijah, sent orders to Jehu, a commander in Joram’s army, to eliminate all of Ahab’s descendants.

Jehu killed Joram, then proceeded to Jezreel, where Queen Jezebel was, as she was his next obstacle for his promotion to king. In 2 Kings 9:30, we learn “When Jezebel heard about it, she put on eye makeup, arranged her hair and looked out of a window.”

The adornments were not to entice Jehu, but to reflect her majesty, pride, and haughty spirit. Jehu looked up to the window and asked, “[w]ho is on my side? Who? And there looked out to him two or three eunuchs. ‘Throw her down!’ Jehu said.” (2 Kings 9:32-33). Then the eunuchs threw Jezebel out of the window.

The eunuchs were used as servants to women of royalty. Jezebel was likely a very cruel to them and therefore did not earn any favor among them.

Ironically, the pride, selfishness, and greed of Jezebel ultimately led to her demise and death. She used her attraction and affection to gain a place in the government and was able to use her influence to spread the worship of Baal among the people of Israel. However, her pride and spirit to enact vengeance led to her death when the judgment of her family was brought to fruition, as promised by the Lord.