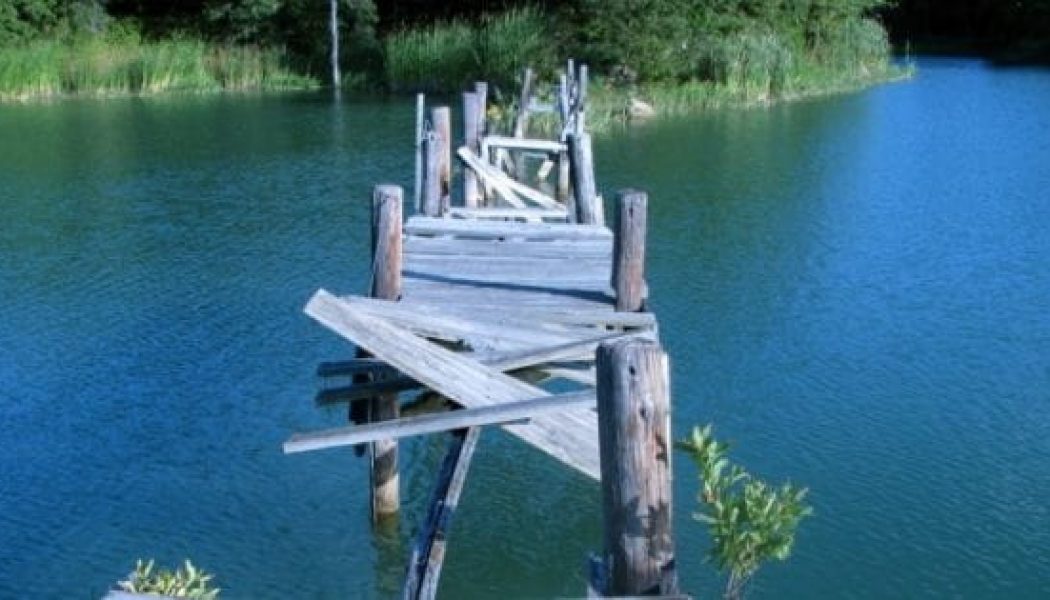 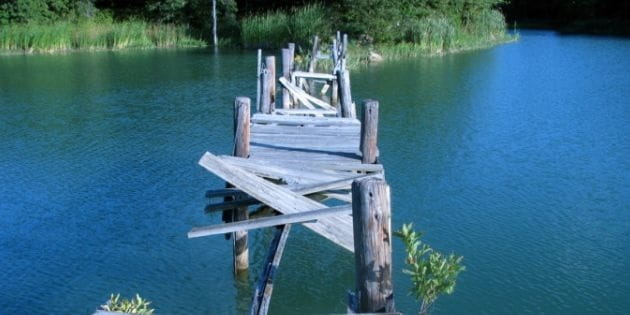 People often project confidence when they have no reason to. Some do this out of defiance and others out of ignorance.

An example of defiant confidence would be Saddam Hussein. You may recall the video of Iraqi President, during the Gulf War, sitting in an underground bunker while informing the people of Iraq that they were trouncing the Coalition forces. Again, he was in the bunker! The rest of the world saw what the Iraqi people were seeing: the war was going very badly for him. Obviously this confidence was ill-founded.

Another example comes is from my childhood. I remember my family crossing a rickety bridge about twenty feet over a river in Florida. My dad declared that he was going to stand up on the railing and cross the bridge like a tightrope walker. My mom prevailed upon him and he didn’t do it. A couple of hours later, when we were walking back across the bridge, we saw several alligators poking their heads out of the water directly below the bridge. What if my dad had slipped while attempting such a silly feat? That was confidence amid great danger. A danger that none of us had known was even there.

As Christians we too often lean upon rotten railings. We have confidence for the wrong reasons, in the wrong things, and are unaware of our own vulnerability.

One place you see this ill-placed confidence amid the sirens of vulnerability is with the disciples in the Garden of Gethsemane (Matthew 26:35-46).  The passage is familiar to many. Jesus is being overwhelmed with the impending cup of wrath that has been set before him. The prospect of bearing, drinking, and satisfying this cup has him at the point of death (Mt. 26:38). As retreats to pray he instructs his disciples to “Watch and pray that you may not enter into temptation…” (Mt. 26:41).

The disciples, on the other hand, do not feel the same way. They are not concerned about divine wrath, personal temptation, or the impending ambush from the soldiers. Instead they are content to catch some shuteye. Think about this, they are asleep while Jesus is staggering before the foaming cup of divine wrath. They are asleep while the foot soldiers are rushing towards them with a warrant in hand to arrest and kill Jesus (and anyone else in the way). These guys are complacent, lethargic, ambivalent and disconnected. In their minds they are anything but vulnerable. Instead of “watch and pray” they are up for “lay down and rest.”

This misplaced confidence reminds me of the evangelical climate in the West, particularly in the US. If someone were to say “Watch and pray because of the spiritual battle!” You may hear a response, “Battle? What battle?” Or another, “Vulnerable? To what? To whom?” We too are sleeping when we should be watching and praying.

There are many contributing factors to this but some include; a lack of major life trials (many have a relatively “easy” life), a lack of persecution (we have the mosquito bites of persecution by the world around us but nothing like what is happening in places like Africa and Asia today), and an adjustment to the temperature (we become used to the world system).

What are some personal examples to help diagnose complacency?

1.       How is your prayer life? So often when one is asked how they are doing spiritually they remark that their prayer life is not where it should be. Why? Well, we say that we are often too busy or that we just don’t have time. Perhaps better: we don’t see the need. Or more sharply: we are sleeping.

3.       What sin are you struggling with or working through via confession? Many people can’t pinpoint particular sins and issues they are working through. We speak in generic terms like “pride,” “selfishness,” and “laziness”. But how does that manifest itself? How are you confessing, repenting, and mortifying this sin?

4.       How are you praying for others in their pursuit of holiness? A lack of prayer or a lack of watchful, intentional prayer for one another indicates a depth perception issue in terms of the spiritual life. We are to feel the burdens of one another, bearing them in life and in prayer (Gal. 6:2; Jam. 5:16; Heb. 3:13).

There is a relationship between our self-confidence and our watching and praying. In other words, our lack of prayerful watching indicates our unbiblical and misplaced self-confidence.

Erik Raymond is pastor at Emmaus Bible Church in Omaha, Nebraska. He and his wife, Christie, have six children. You can follow Erik at ordinarypastor.com and on Twitter @ErikRaymond.