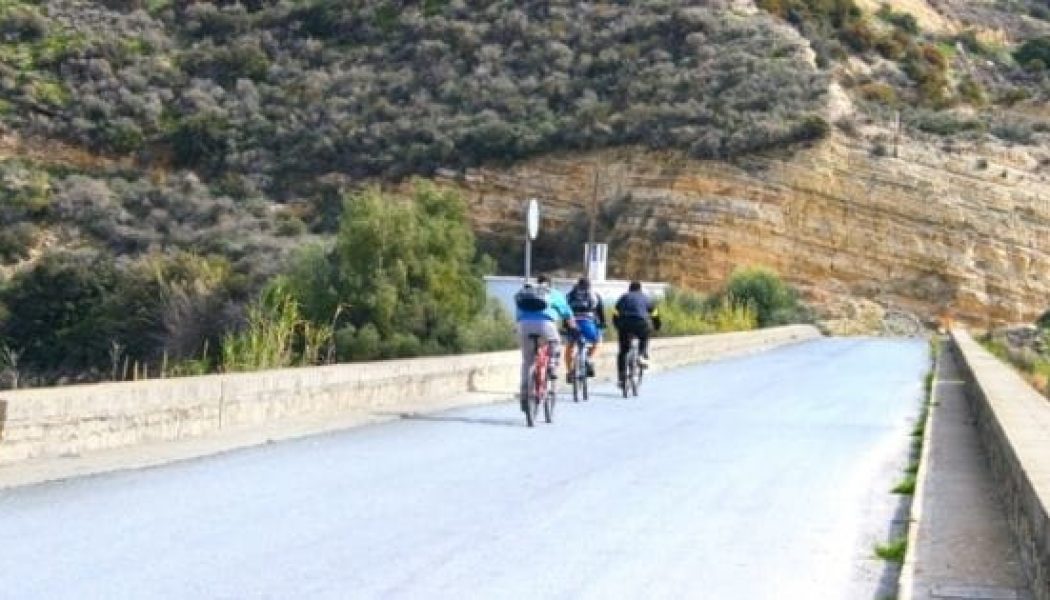 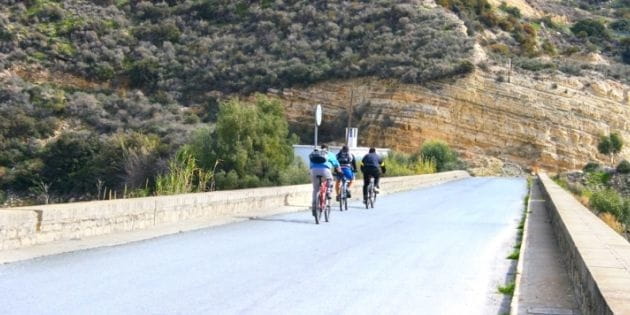 On a recent vacation, we had the opportunity to go bike riding together as a family. Gratefully we were able to bring one of the children’s grandparents, so our usually large bunch of seven became eight. As is typical of a group of this size, we had a few handicaps among us.

By the term handicaps, I am not referring to disabilities of the differently-abled types. Instead, I mean that we had frailties that did not allow everyone to come to the biking experience as equally proficient riders. The frailties were diversely cognitive, physical, and emotional.

For example, one among us is afraid of both water and heights. Being in a vacation spot surrounded by water on all sides, including lagoons, coves, and an ocean, the riding events had to slow down for this cyclist near every water crossing. When the bike path took us atop a one-eighth mile seawall with a fence separating us from the drop off, the aquaphobic peddler walked the bike the entire distance rather than peddling.

Another in our pack needed an adult tricycle due to the inability to grasp the skills necessary for bicycling. Even with the additional wheel, the tricyclist—not really being a cyclist—had trouble navigating the trails and maintaining pace with the group. There were abrupt starts and stops, a few run-ins to other cyclists, and much frustration of this biker with himself.

The weaknesses of some stood out all the more because others rode with such ease that their journeys became a multitask experience. One rider was listening to music through headphones attached to a handheld portable player. One rode using no hands—off again on again. The one listening to music switched to a phone call during the ride. I suspect these carefree displays did not encourage the less secure bikers.

Watching the members of our family interact with one another as we peddled along with our handicaps helped me make some observations about our responses to handicaps of all sorts. One thing I learned is that we need much more patience with those who have lesser ability than ourselves. The sighs and groans piled on as we made adjustments to the tour for those lagging, stumbling, or fearful. Initially, we did not bear with one another in love with patience (cf. Eph. 4:2). The selfish and urgent desire to speed along unhindered took priority over the need to wait for another to come along at the pace his ability could manage. The loving thing for all of us to do would have been to slow down to a speed comfortable for the slowest rider.

Second, we tend to cycle through life blind to our own handicaps. The aforementioned frailties only showed because we were cycling. However, deficiencies of other kinds showed in those competent at cycling when we attempted to trek the steps of a nearby lighthouse, took a long trolley tour in the excessive tropical-like heat, ate at a Southern buffet not kosher to those with food allergies and palate limitations, and when something as simple as one’s cold soda was downed by another without permission. Each of had need of assistance at some point in our journey because not one of us was completely self-sufficient intellectually, physically, or emotionally. So while everyone murmured at the obvious flaws of the slower bike riders, few recognized the less obvious but equally hindering faults of others. Each needed to pay closer attention to the speck in his own eye (cf. Mt. 7:1-5).

Third, the handicapped can surprise us, and we should applaud them when they do. Remarkably, on the return portion of our trip, the one afraid of water began to walk back across the seawall, but instead chose to ride along it. As I was bringing up the rear immediately behind this rider, I saw the entire thing while everyone else missed it. Repenting from my previous insulting thoughts toward the rider during the first seawall episode, I though it important to point out to the group the progress and courage exhibited by this cyclist so that we all could celebrate together.

Similarly, the non-rider significantly picked up his pace by the latter third of the outing. During this time, he took a fall off the main trail and off his tricycle into the main road, and he passed by a few confident bicyclists much younger than him. Yet when asked at the end of the journey if he had a great time, with a very wide smile and great excitement he replied, “Yes!” Even though we did not weep with those who were weeping, as we should have, I am glad the Lord gave us grace to rejoice with those who were rejoicing (cf. Rom. 12:15).

Fourth, we forget that we all have a great handicap—one that only is overcome by the mercy of God in Christ. Our greatest handicap is not cognitive, emotional, or physical; it is spiritual. Each of us is defiled by what “proceeds from the heart,” including, as Jesus said, “evil thoughts, murder, adultery, sexual immorality, theft, false witness, slander” (Mt. 15:18-19). Before God, each one of us limps and stumbles through life with our moral failures, gasping like asthmatics for an ounce of holiness that might rescue us from death. Yet we do not have the ability to love God or our neighbors on our own: impatience, lack of self-control, unkindness, pride, grumbling, faithlessness in prayer, and lack of faithfulness to family worship—to rear our children in the word of God daily—to name only a few of our faults, portray our complete inability to please the Lord and make our way to his eternal abode.

Thank God for Jesus, whose finished work on the Cross and in the Tomb continually intercedes for us, overcoming our handicaps (which are legion), saving us to the uttermost. May he give us grace to see the handicaps of others in humility!